UP WITH WASTE AND INEFFICIENCY! 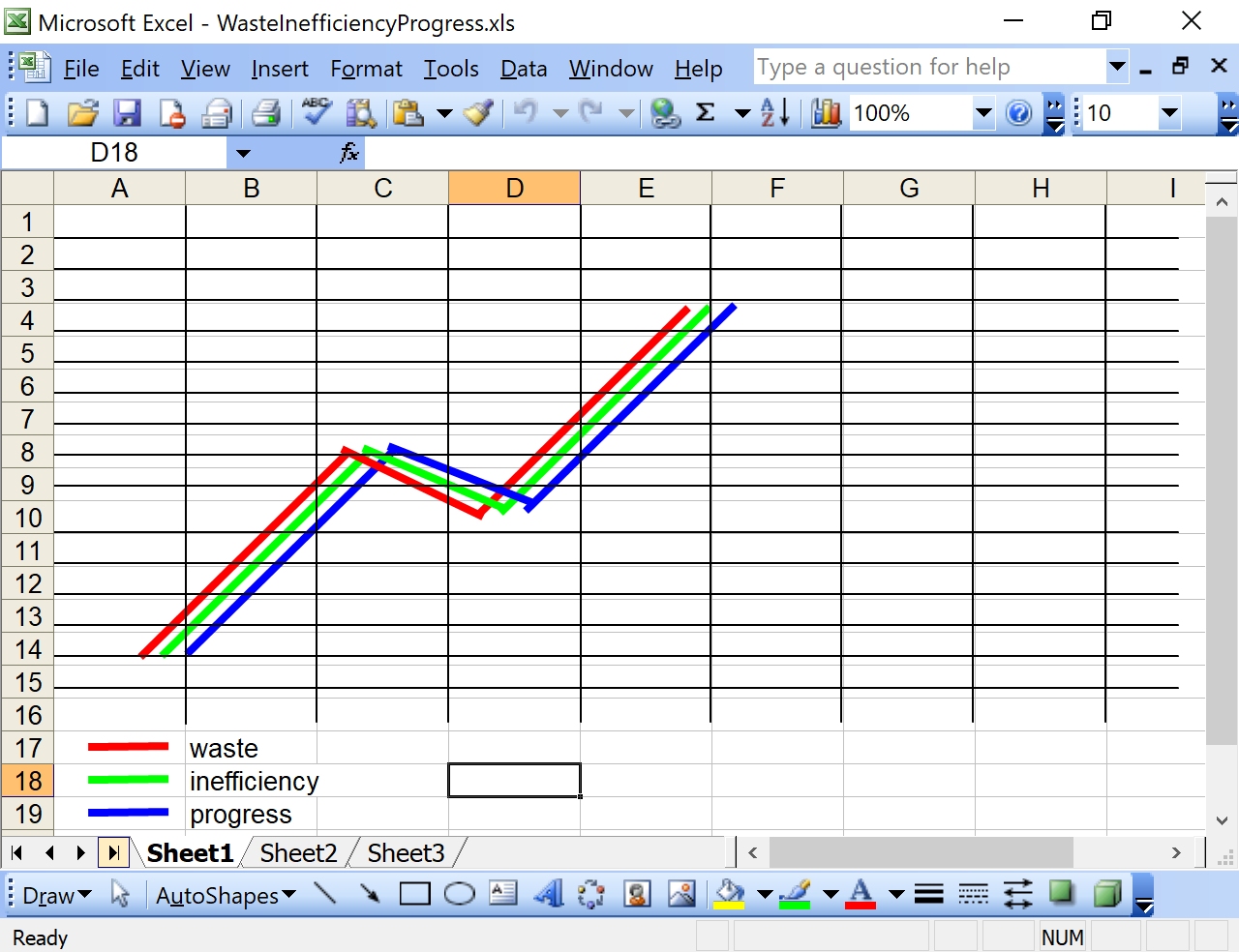 Pick any process or a activity in a real word business. Like all processes in the real world, it isn't 100% efficient, but it functions. Suppose the process is 70% efficient. The process continues, work is done, and there is some waste and extra expense due to the 70% efficiency rate. The people that administer the process (I'll call them the "team") are aware that there is significant waste and that things do not work perfectly, but there is a job to do and the process continues.That is, until a manager (typically a person NOT directly involved in the process) gets a bug up his ass and decides he can up the efficiency rate from 70%.

Warning:
First he may ask the team for a study to figure out exactly how much waste the process is producing. But before that can be done, he'll want to know exactly how long that study will take to perform.

Once the study is finally done, the manager then looks at the waste and asks the team to find ways of reducing it, and even suggests some useless ways himself. The team goes to work and after some head scratching and re-defining of roles and procedures, some improvements are found. Perhaps – with significant expense, time, and effort - the efficiency rate can be increased to 75% (except with some downsides and expenses not visible or considered). But even with the drawbacks, the plan might represent an improvement over the previous process.

The team presents the plan to the manager. The manager is not satisfied. The manager is going for 90% efficiency (even HE admits you’ll never get to 100%). Or maybe the guy even insists on the old, reliable, 110%. But the team has to go back to the drawing board. He will not accept the new process plan. He is driving for something more. But the team has already exhausted the obvious avenues for improvement. They have picked the “low hanging fruit”, and nothing else really suggests itself. Regardless of the effort involved, the manager wants something better, and says the team has to stop the waste immediately. The process stops while the team searches for better performance. The team proposes various inane things to the manager (out of pure desperation) but the manager is STILL NOT SATISFIED. Production comes to a halt. There is now 0% efficiency.

For illustration, consider the following examples (the numbers may not be scientifically exact, but they are close enough to make my point):

The most efficient internal combustion engines run at about 20% efficiency, with 80% of the fuel wasted - in other words NOT making the car go. An incandescent light bulb runs at about 10% efficiency, with 90% of the energy making heat rather than light. A fluorescent light is better, and can be 4-6 times more efficient than an incandescent bulb, so let's just say it's something like 50% efficient.These technologies have provided transportation and light for billions, even at their hideously low efficiency rates. Physicists and engineers have devoted untold man-hours into improving these technologies to make them more efficient – but they have already been engineered to death and are resistant to any further gains. The most minute improvements can only come at the most extraordinary efforts. This is not to say that they should stop trying, because that is their job. But imagine what would happen if our manager decides that these efficiencies are unacceptable and must be improved to at least 90%, and until it is done, no more internal combustion engines or lights can be made or used.